This page contains a list of maps present in GTA: Underground. 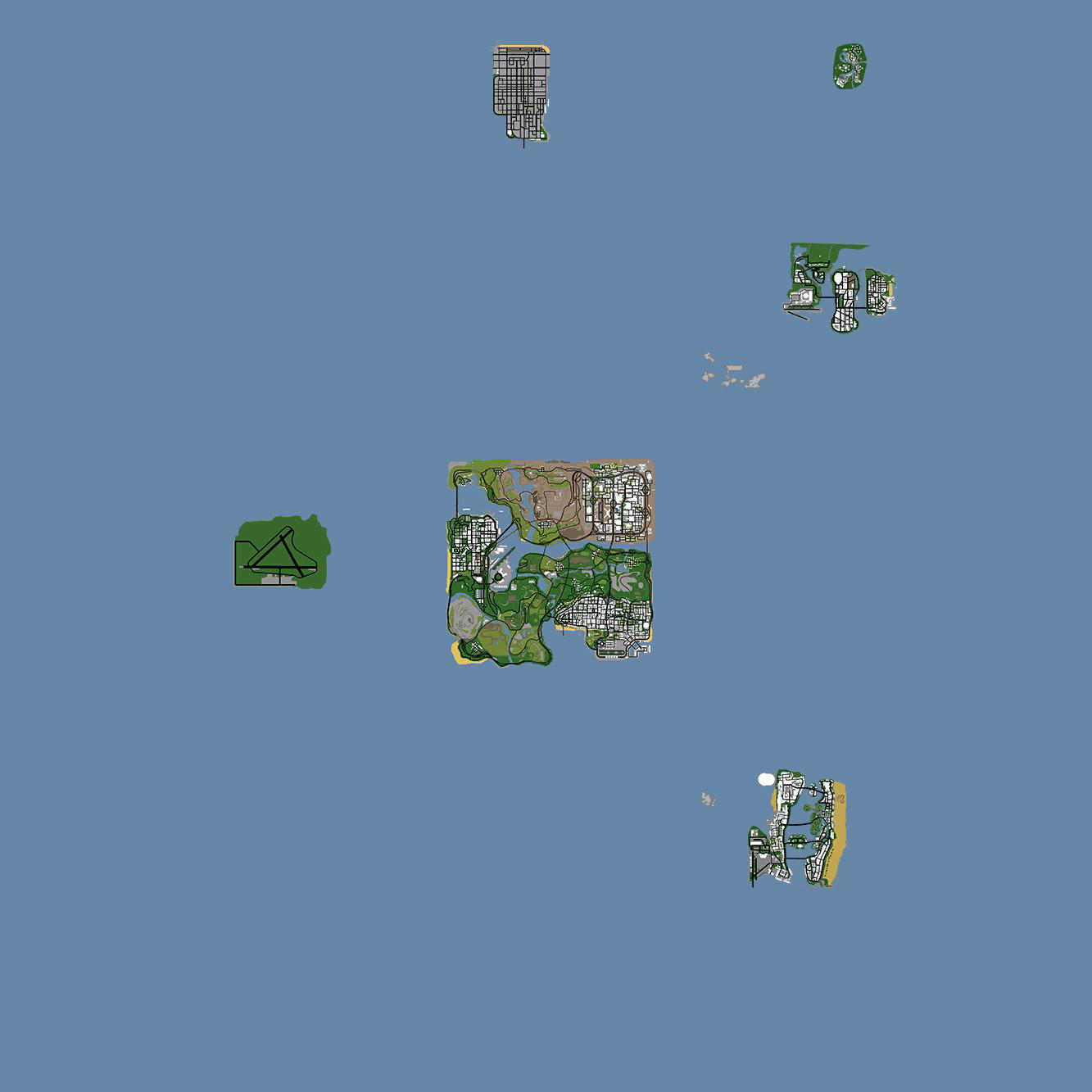 Home of Vinewood starlets and bloodthirsty gangbangers, where people ruthlessly pursue wealth, fame and happiness at any cost. A common saying is that the air in this city is so good you can literally see and taste it, however that is only such a small thing to experience in the city of lights.

Once a barren wasteland of heat and despair and today a bustling major city that attracts millions of tourists every year. With Mafias controlling the Casinos on the strip and the hundred of bodies buried in the desert, Las Venturas is by far the biggest money laundering scheme the US has to offer.

The culturally diverse city of Vice is the Caribbean gateway to America. A city that emerged from the swamps, its growth was fueled by violent power struggles over the lucrative drugs trade. From the neon lights of Downtown and the hot sand beaches of the mainland, Vice City is a shining example of Latin American refugees, warlords, rednecks and corporate lawyers all living together side by side creating an archetypal melting pot.

A town in the middle of nowhere where people dump their biggest problems. Good place to retire but not to settle down.

The beautiful San Andreas countryside, from Flint County to the burning desert.

Known for its steep hills, hippy culture, illegal street racing and drug syndicates, San Fierro has been nicknamed the city of psychedelic wonders. As an ethnically and economically diverse city, sometimes its easy to forget the foreign gangs battling on the streets and the drug syndicates distributing its product to the entirety of the United States.

Liberty City is the first glimpse of the American dream – Shiny, prosperous and beautiful. That is until you uncover it and find thick layers of greed, corruption and organized crime. From the back alleys and shipyards of Portland to the glamorous lights of Bedford Point in Staunton Island, the city's skyline remains a symbol of American Independence but reminds you that freedom is not free.

Ranked the worse place in America after taking the honory title from Liberty City. Although infested with vicious gangs that dominate the streets, there are even bigger forces that lurk the shadows who are nearly as worse as the Police department in Carcer City - A place where anarchy, murder, arson and other crimes are the norm in the city's history. Despite being present in the game, the city is still under development.

The biggest U.S. military base in the Pacific Ocean. Still under development.